With the spotlight on the third season of Nigeria’s best live band reality TV show, Trophy Extra Special Band, the organisers have announced an expert team of judges featuring 2Baba, Cobhams Asuquo, and Trophy Extra Special Stout’s new brand ambassador, Made Kuti. The judges will be tasked with the arduous task of assessing and steering a group of 11 contesting musical bands in their quest for the grand prize of N10 million naira and a brand new set of musical instruments.

Judges are tasked with assessing and steering eleven bands in their quest for the grand prize of 10 million naira and a brand-new set of musical instruments over eight weeks. In addition to 2Baba, Cobhams and Made Kuti, Nigerian vocalist, dancer, lyricist, Yinka Davies and ace rapper, Illbliss will appear as guest judges. Returning as host for the new season is Bolanle Olukanni who is joined by actor, TV/radio presenter Simi Drey, as the new co-host.

Commenting on the choice of judges and hosts for the third season, Tolulope Tomori Adedeji, Marketing Director at International Breweries said, “In line with the underlying theme of our campaign, we have selected judges and hosts who are innovative leaders in their rights — true representations of the theme No DNA Needed, Originally Black. We are certain they will individually bring their unique signature and wealth of experience to bear and make this season the most memorable one so far.” 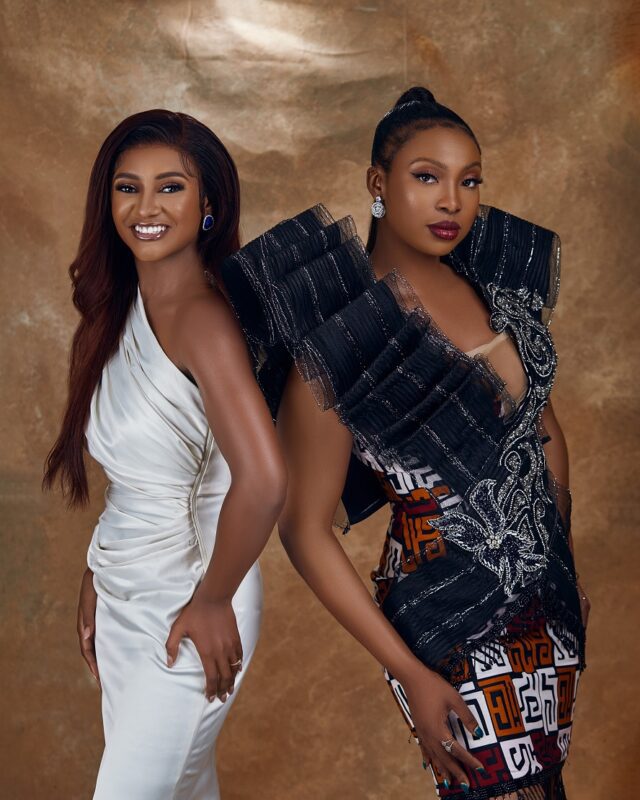 “Now in its third year, the competition provides a platform for live bands to thrive and shine in an ecosystem where the focus has been on solo acts. With exciting new additions to the third season, including more technically challenging routines and new music genres for the bands to perform, the show is bound to be incredibly reverberating,” she added.

Afrobeat scion, Made Kuti, acknowledged the importance of the show, especially in line with the ongoing Trophy Extra Special Stout thematic campaign, “No DNA needed, Originally Black” which seeks to celebrate the innovative spirit in Africans.

“Resilient ingenuity is the hallmark of Nigerians and Africans, whether they live here or any of the other 6 continents. We are innovators, pacesetters, and system builders. You know us, not only by the colour of our skin but by our resilience, and though this is commendable, it is important that platforms are created to support and empower Africa’s geniuses to thrive and shine. The Trophy Extra Special Band competition does this, and I can’t wait to be a part of the incredible journey of identifying and rewarding indigenous originality.”

Previous editions of The Trophy Extra Special Band saw Black Tunez and The Bandhitz emerge as winners in Seasons 1 and 2 respectively. Other remarkable bands from the previous seasons include The Alian Tribe, Benedictz, and Elixir, all of whom have achieved success from the show.

Expressing his delight on the continuity, Bada Akintunde-Johnson, Country Manager, Paramount Africa (parent company of MTV Base) said, “We are pleased to work with International Breweries on the production of the new season as it resonates deeply with all we stand for. Nigeria is brimming with incredible talent, and we believe that providing these talents with platforms – such as the Trophy Extra Special Band – will go a long way in unlocking their full potential. Even more crucially, it creates a sustainable means of spotlighting an underserved segment of our music industry.”

The show will premiere on Africa’s destination for premium entertainment and storytelling, MTV Base, DStv Channel 322 and GOtv Channel 72. You can also follow the conversation on social media using the hashtag #TrophyExtraSpecialBand and the Trophy Stout Instagram handle (@trophystout).

About MTV Base
MTV Base is the leading youth media brand inspired by music in nearly 180 countries and 450 million homes worldwide, connecting with over 350 million fans across all social media platforms. A unit of ViacomCBS International Media Limited Nigeria (NASDAQ: VIAC; VIACA), MTV Base operations span across cable and mobile networks, live events like the MTV Nigeria Music Awards, reality shows, and music shows. For more information about MTV in Nigeria, visit www.mtvbase.com.

About Red Media Africa
Red Media Africa (www.redmediaafrica.com) is the PR & Empowerment Marketing division under the parent brand, RED. It focuses on using inspiration, empowerment, and action to help brands and organisations connect with their audiences, enhance their bottom-lines, and lead in their industries. It has 6 major practice areas: Corporate Practice, Technology Practice, SME Practice, Governance Practice, Faith Practice, and the International Practice – with work for brands across Nigeria, Ghana, Kenya, and South Africa. It has been recognized with multiple local and international awards including the Gold SABRE Awards for PR Campaigns and the Young Lions PR competition for the next generation of creatives.