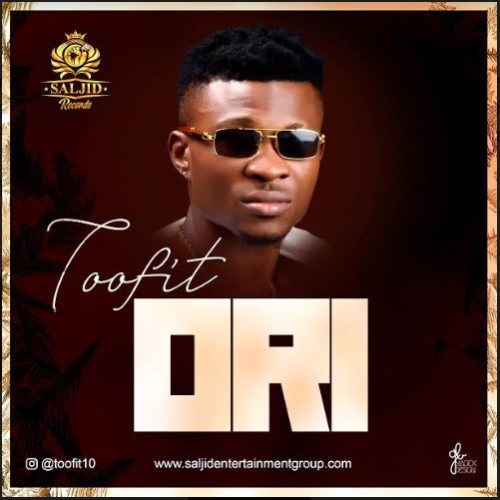 Yes ZANKU Is valid but “ORI” is extra valid. GBA! Adeboye Sodiq Adeyemi popularly known as “Toofit” was born in early 90s. A native of ogun state, born and brought up in ilasamaja mushin local government, Lagos Nigeria. He graduated from yaba college of technology in early 2018 as studied business and management. Toofit is an afro-pop artiste Signed under Sajid Records, he has done so many collaboration with some A&B list artiste in Nigerian music industry (Tee Blaq Robo king, kc Johnson dubai based ) e.tc.
Here is the bombshell from TOOFIT Which deserves some accolades. Friends, this single is dope. The instrumental and the lyric are mad as song produced by Jay chords . Another thing, it is a completely danceable music. Will you try #Ori now and see what I mean? Follow on IG @toofit10 on twitter @Tufit.
Listen!