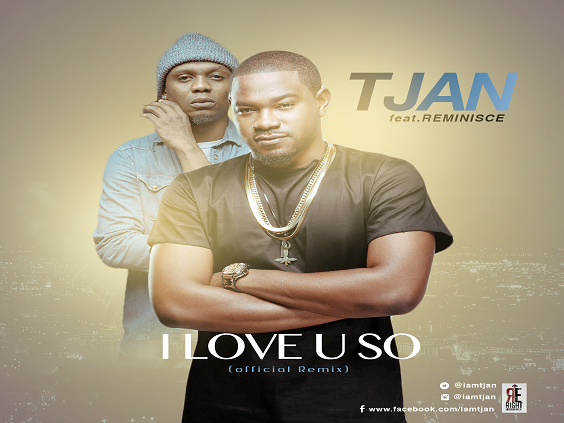 I Love You So (Remix)

Right Entertainment proudly presents ‘I Love You So (Remix) by Afro-soul wonder talent TJan featuring Indigenous rap sensation, Reminisce for you to download and listen to.Amidst a successful debut this 2015, RIGHT ENTERTAINMENT ace musical enigma TJAN is set to thrill his ever growing teeming fans with yet another hot musical concoction which is a remix of his chart bursting song I LOVE YOU SO featuring Nigeria’s widely acclaimed King of Indigenous Rap, His Royal Rapness Reminisce a.k.a Baba Hafusa.
The talented Afro-Soul Tjan act who is gradually becoming a household name and has penchant of leaving music fans gasping for breath caused a major stir in the music industry when he officially released the original version of the song in January this year.
Right Entertainment once again wants to wow the music world with the remix of I LOVE YOU SO featuring His Royal Rapness King Reminisce.
Get ready…on your marks…set go…let’s do music RIGHT ‘cos we Love You So!!!

Tag I Love You SO, I love you so remix, Reminisce, tjan