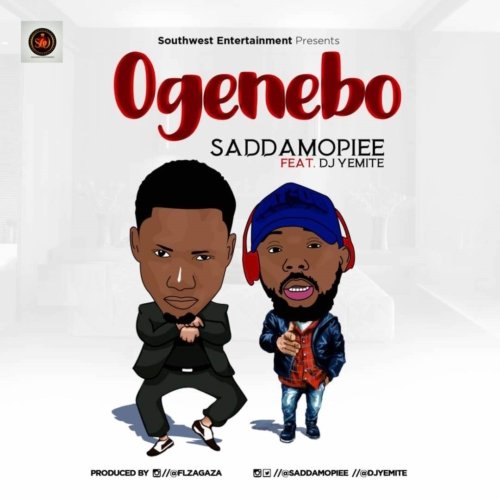 Fast-rising South African based Nigerian Afro-pop artiste, Opeyemi Adigboluja popularly known by his fans as Saddamopiee who released his hit banger, Alhaja, last year is back with another one for the street, Ogenebo.
On Ogenebo, Saddamopiee also known as @OfficialKanji from his hilarious Instagram skits features South African based DJ Yemite.
Ogenebo, produced by Femi Large, is a stellar mix between Nigeria’s Shaku Shaku and South Africa’s popular GQOM vibe making it the most wanted club banger across Africa today! Get your dancing shoes on and get lost in the trippy world of Ogenebo.
Keep up with Saddamopiee on Instagram & Twitter via his handle: @SaddamOpiee