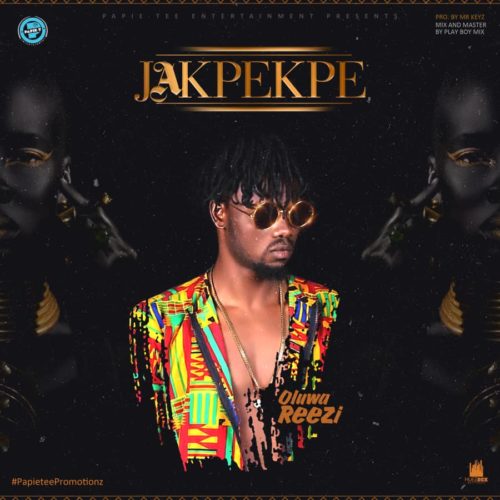 Faat rising Afro hip-hop Artist, Oluwareezi under the management of popular Papie Tee Entertainment drop another single hit titled “Jakpekpe“, last year after he exploded with “Africa Woman“, a song that recorded massive visibility across the music and Entertainment industry.
After that he also drop a peace song..
The new single burst from Oluwareezi will be thrilling listeners with the amazing beats produced by one of Nigeria’s finest, Mr. Keys mix and mastered by playboy mix. The song “Jakpekpe” has been described as a masterpiece that expresses another stylish creativity in the Artist.
Oluwareezi is one artist that has shown raw and refined displays of musical skills and talent, especially in his lyrical vantage over other popular Afro hip-hop Artists.
The new hit single will be hitting up high at events, clubs, social gatherings and other occasions across Nigeria. However, as the world awaits the drop of “Jakpekpe”, Oluwareezi has appreciated his fans for the love and acceptance they gave to his former hit “African Woman”.