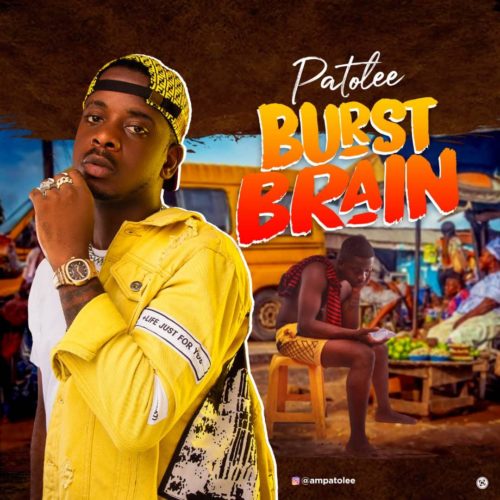 From the stable of DPATOLEENS Records comes another captivating hit track from the label’s front man Patolee. This is the second song that the very talented singer is dropping in just a matter of months. Last year, he had a dope joint “MY NEED” with one of YBNL’s talented singer LYTA which went viral across the internet. The last song didn’t disappoint at all, the song received many airplays across major radio stations in Nigeria. With these recognitions, Patolee is determined to take his musical career to the next level.
“Burst Brain” is a song that talks about the hustle of the ordinary youth and how he strives to make it and become successful in life. The song is composed of lyrics that will definitely get you inspired and get your hustle on. According to Patolee, Burst Brain is a track off his album which will drop towards the end of the year. These implies that, we would have more hit songs coming from this talented champ.
Listen and Enjoy!