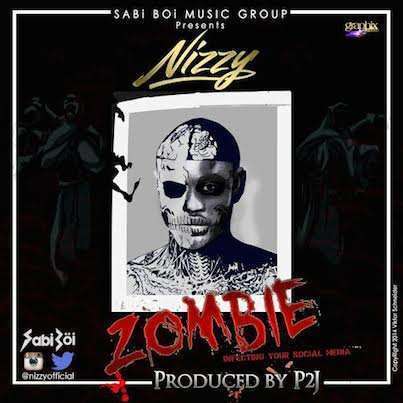 The new single “Zombie” comes on the back of rave reviews and critical acclaim for Nizzy’s previous singles “Egwu” and “Girl”, plus his collaboration with Boj (DRB LasGidi) and Hafeez “A.S.W.I.D”, with support from MTV Base Africa, Channel O, SoundCity, Wazobia FM, BBC 1Xtra, 1Music Networks, and Bang Radio among leading African and UK TV and radio tastemakers.

Following on from their collaboration on “Egwu”, Nizzy and P2J continue to highlight their chemistry to great effect on “Zombie”, with P2J offering a lush musical backdrop led by excellent drum, synths and string arrangements, over which Nizzy comes alive with his infectious flow and delivery, creating a captivating dance record to take over the clubs and radio airwaves in the coming weeks and months.

Nizzy’s debut EP is scheduled for release at the end of year, and will feature exclusive new music including a guest appearance from Boj (DRB LasGidi) and production from P2J and OY Beatz, as well as his three singles so far this year, “Egwu”, Girl” and the brand new “Zombie”, visuals for which are coming soon.