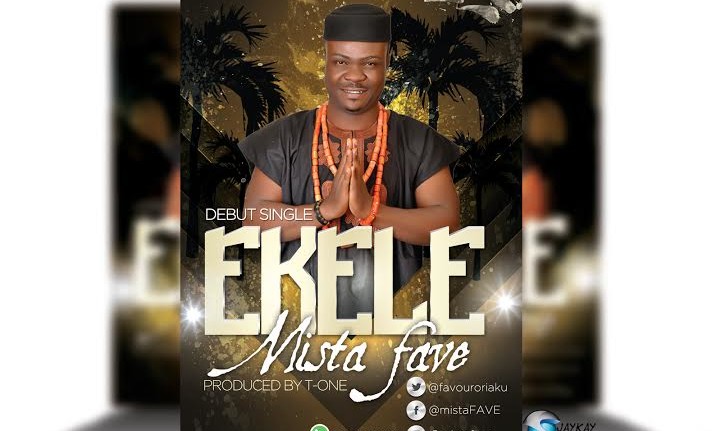 Favour Uzondu Oriaku, popularly known as Mista Fave makes his first appearance in the music scene with his debut single “Ekele”.“Ekele” which means thanksgiving in Igbo, is a song that reflects on his life and how God has been faithful to him.In his words: “looking back at 2015, which came with its challenges, and how God gave me victory over them all motivated me to come up with this song. Starting from how I secured my job while others were sacked, to the completion of my MBA program just to mention a few. Although the song was still sketchy at the onset, I was fully inspired to complete the song when I met the Northern Best Producer, T-One… This is my song of thanksgiving to God”.ENJOY!