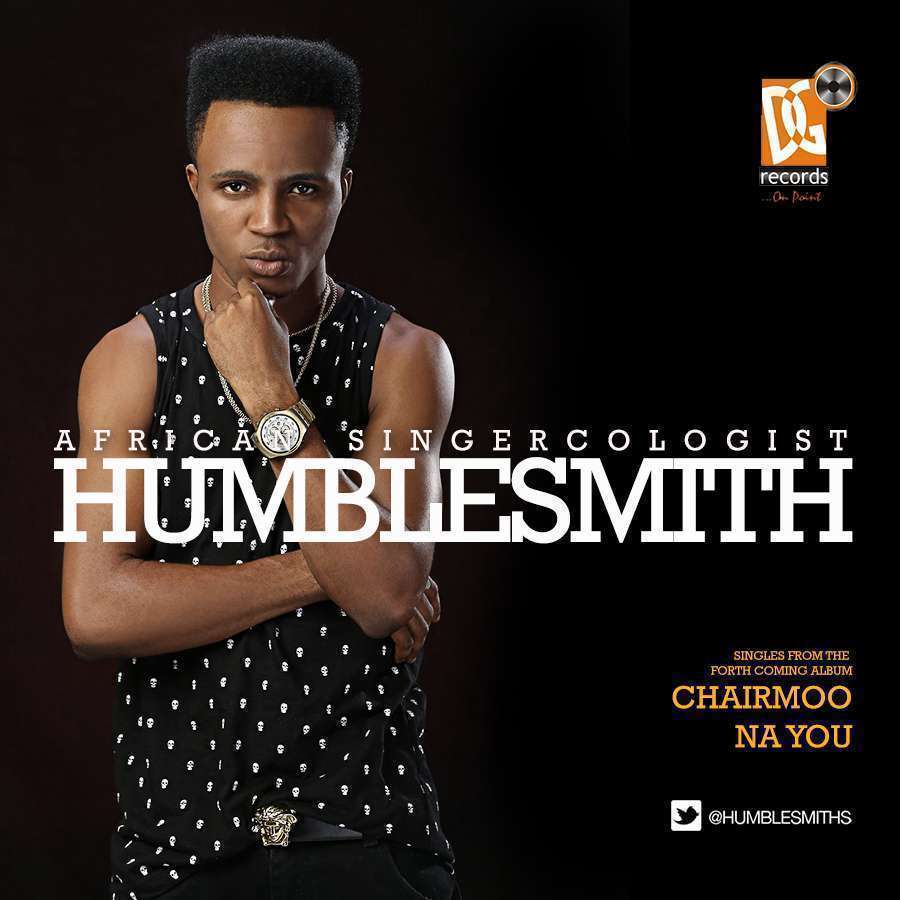 DG Records and Ntyze Entertainment proudly presents Humble Smith in two
smashing singles "Chaimoo" and "Na You".
N-tyze entertainment is poised to take the young act as far as possible in a no-holds-barred campaign that promises to enrich the industry, add    flavour to events and bring joy to listeners of all age brackets and inclinations.

'Chairmoo' combines Afro-pop and contemporary genres into a unique (yet
familiar) fusion that is highly danceable. There is a sweet sprinkling of
electric guitar at various points, which sounds feel like reminders and
rewards for doing a good job. This potential hit is one of many great songs
in his repertoire. It was produced by Mr. Dimz.  While 'Na You', produced
by Jopee, is the other groovy single. It is a love song that would surely
cause commotion at weddings. While the lyrics serenade the bride, the beat
gets the listener to dance ever so freely in celebration.

There is the same heavy electric guitar presence and solo by Fiokee
reminiscent of Fally ipupa, Carlos Santana and highlife kings Oliver de
Coque and KWAM 1. Fiokee who is one of the top guitarist in the country
right now has had his magical input on Iyanya's hit song " Away" and the
rest. Weddings would never be the same again. Humblesmith has come to sweep
you off your feet! Both songs Were mixed and mastered by Foster Zeeno for Zane Pro. Artiste Twitter handle: @Humblesmiths