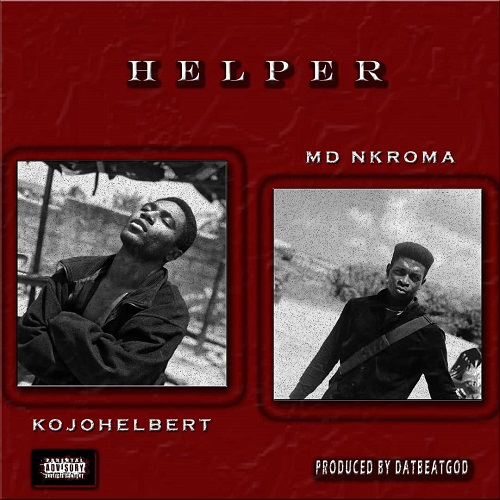 KojoHelbert is a Ghanaian rapper and singer/song - writer, who was born and raised in mankessim. When he was a little boy, he will spend all his time playing the piano. He showed much love and interest in music till today. After finishing his secondary education, he made up his mind to pursue his music and to make it his profession.About song:

A friend came to visit,and after some few minutes of eating together,he started talking about his life and how he has struggled all this while.I listened to him very carefully and could see all what he said was true,and that he has suffered a lot.I began telling him mine.after he has listened to me,he looked straight into my eyes and said "we need a middle man(intermediator)".

I said to him,I don't get it.He then said,we need a helping hand.I asked,Helper? He said yes.I started thinking about all what we have both talked about.I then came to realize that it is necessary to get a helping hand in life (HELPER). This motivated me a lot
and made me wrote about the Helper single released not long ago.The content of the single is a real life experience. It is not just about my friend and I, people are really suffering and are waiting for their helpers.