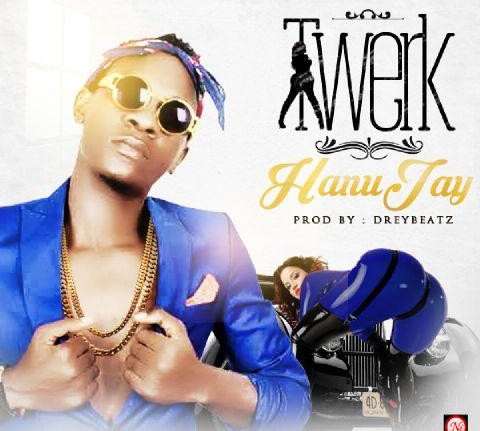 “HANUJAY” a prolific songwriter and singer from warri, Delta state who has garnered a lot of recognition in the South. He was featured on rapper Yung6ix green light green mixtape with the song journey been arguably one of the best songs on mixtape.. He’s also featured on rapper B-raiz forthcoming e.p about to flood the streets..The currently unsigned singer took a break to improve on himself, he got admitted into Nigeria’s No1 music institute “Tenstrings” where he was under the tutelage of Harrysongz, Bez, Jesse Jagz just to name a few…Now he is here With a smoking hot single off his forthcoming e.p titled “twerk” produced by Dreybeatz, no doubt this is about to shut down all the clubs nation wide… Download and enjoy!!!!!!