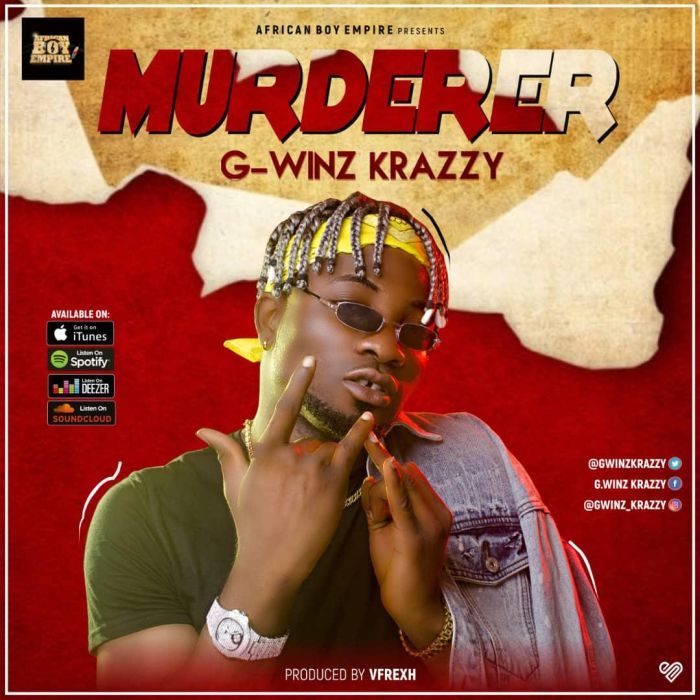 After the release of his first official single titled Erima which was a massive hit, African Boy Empire act, G-winz Krazzy is here with another mind blowing track titled Murderer.
The track is a fusion of Dancehall and afro pop which was produced by Fast rising producer, V-frexh. Kindly download and share.
Listen & Download “G-Winz Krazzy – Murderer” below:-

.
.RECOMMENDED SONGS FOR YOU