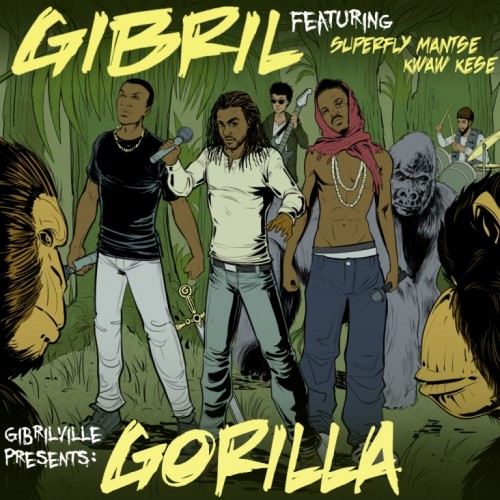 Gibril, one of Ghana’s dope artist based in NYC drops yet another single Gorilla ft Kwaw Kese and Superfly Mantse.
He used this opportunity to introduce his band “Gibrilville with Faton macula on guitar and Mike Greeves on the drums.
Gorilla is one of its kind with co production by Superfly Mantse and his live band. This is a worldwide release of world hip hop, a genre he is creating on his own lane on his world hip hop journey. He has had collaborations with Reggie Rockstone and released a joint album with Wanlov of FOKN Bois fame.
Gibril is known  for songs like Streets of Africa, Passport, Dope Fein and Screwface.
Gorilla is his first single off BLACK CADILLACS album due later in the year.
Enjoy!
Gibril – Gorilla (Feat. Kwaw Kese & Superfly Mantse)