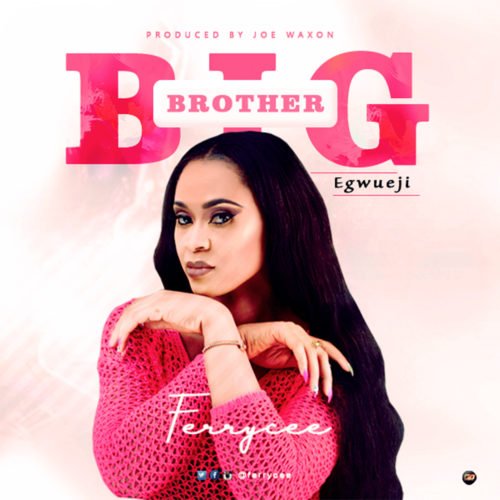 Following a quiet 2018 musical outing, burgeoning songstress, Ferrycee, is set to have an active 2019 musical campaign and to kick-start the loop, she’s taking on a bold step to create an offering which could be well received by fans and music pundits alike as a theme song to the Nigerian reality competition television series, Big Brother Naija (formerly, Big Brother Nigeria); with a fourth season about to hit the screens.
The “Obim” and “Bae” crooner decides to tease her fans with her new single titled “Big Brother Egwueji,” a song which sees her shower praises on the popular television series which is based on the Big Brother franchise – Big Brother Nigeria Season 1’s winner, Katung Aduwak, alongside Big Brother Naija Season 2 & 3 winners, Efe Ejeba and Miracle Igbokwe, have been the lucky ones to fully reap the benefits of the show and the contestants for the fourth season should share in Ferrycee’s lyrical content which tells on how the show has made an impact on Nigerians and Africans at large, most especially the youths – “Big Brother Egwueji” is just a number to whet fan’s appetite as Ferrycee would be churning out another single in weeks to come. | ENJOY!!!