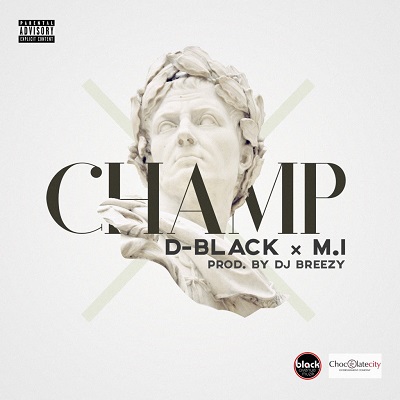 Multiple award winning rapper, D-Black gives us a hip-hop masterpiece ahead of his 3rd studio album ‘Lightwork’ scheduled for March 2016.
The M.I Abaga assisted banger produced by Ghana’s current Ghana Music Awards producer of the year Dj Breezy has both rappers showcase witty bars and punchlines all through. A pleasant surprise of course as D-Black has been on a commercial record spree for a while and ‘Champ’ reminds us of the ‘hip-hop’ D-Black.With a music video in the works for the record, we definitely are anticipating D-Black‘s ‘Lightwork’ Album which is his first album in over three years since ‘The Revelation Album’ which spawned the continental hit ‘OH Vera’ , Change Your Life/E.L and more.
The Ghana Bwouy’s highly anticipated ‘Lightwork’ album features some of Africa’s creme de la creme including Nigeria’s Davido, Phyno,Seyi Shay, Sean Tizzle, Praiz,Ghana‘s VVIP,Bisa Kdei, Stonebwoy, Castro and well as South Africa‘s Cassper Nyovest, Bucie, Donald and Vanessa Mdee from Tanzania.