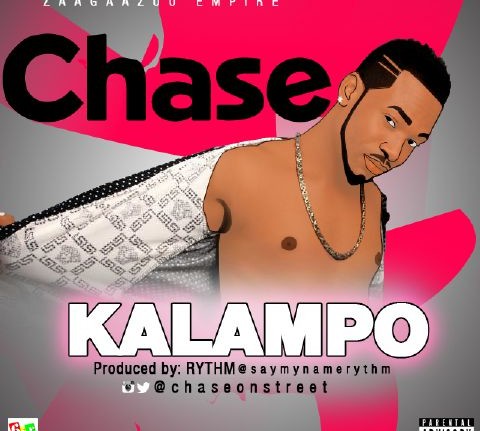 Chase is back!This Fast-rising act made his debut in the music scene last year with a smash melodious evergreen joint titled ELEDAMASUN.He is out with a banging new banging high-tempo club banging tune – KALAMPO, courtesy of his magic-finger producer called RYTHM (@saymynamerythm) who has produced so many hits like OMO AYE by ‘Klever Jay’, LKT’s album titled ‘Journey’ .CHASE Is The Next Rated Dance Hall King.. Bet This song Proved Him Superb and Hot!ENJOY!