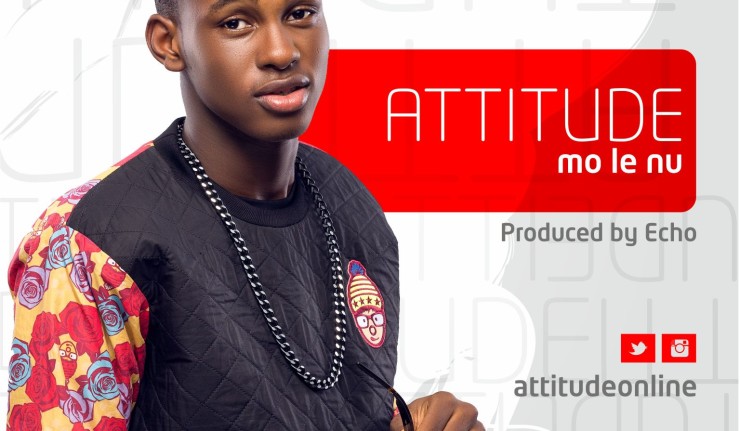 Achievas Entertainment/OHK Entertainment Presents “Mo Le Nu” by New Kid – “Attitude”.New kid on the block, Attitude releases debut single ‘Mo Le Nu’ under the Achievas Entertainment/OHK Entertainment imprint. Born and raised in Benin City, Attitude began his professional music career at the age of 11.He moved to Lagos in December 2013 and began working with the OHK team. Since then he has worked with several producers and artists including Skales, Reekado Banks, TJan, and DJ Coublon to mention a few.He is featured on ‘Your Body Hot’ on Skales’ Man of the Year album and was also featured on a track title ‘Coded’ alongside Reekado Banks and TJan.On Mo Le Nu, the 19-year-old artist teams up with emerging producer Echo, which boasts of a refreshing blend of hip-hop and Afrobeats. Mo Le Nu, literally means ‘I get mouth’, a bragging term for being a person of authority