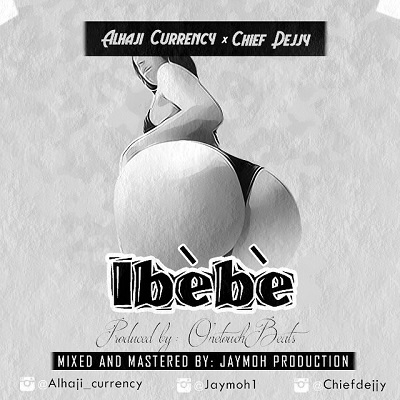 Basit Alaka also known as Alhaji Currency is back at it again with another hit single  titled “IBEBE” produced by OneTouchBeats. Alhaji Currency is a New York/New Jersey based artist who has been delivering smash hits back to back, giving nice and energetic shows around New York City and its surrounding. Coming off his recent project “Fuji Jiration” which got lots of love from around the world, Alhaji Currency called onto one of his brothers in the game, Chief Dejjy aka Mr. Tolongo, who is also a New York Based Artist to create this smash single, “IBEBE” produced by the prolific OneTouchBeats and offcourse Mixed & Mastered by the one and only Jaymoh Production.