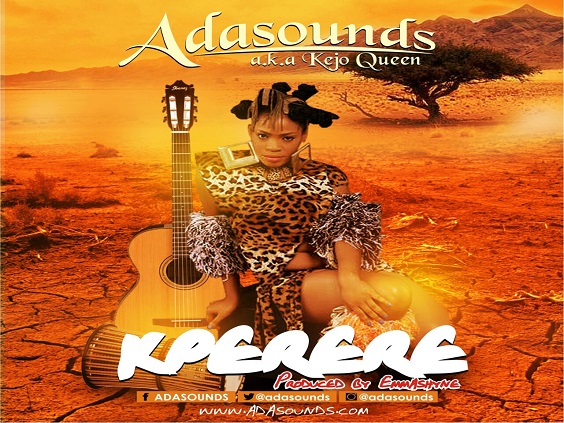 Adasounds releases brand new single titled Kperere for you to listen and downloadAdaSounds is a dynamic and versatile Afro-pop singer who hails from the eastern Part of Nigeria. Since her emergence into the Nigeria music industry, AdaSounds has been a force to reckon with. Colourful and cerebral, her musical strength and depth, sensuality and serenity has elevated her to an envious height that other female singers have to live up to. Her songs are not just original African pop but engaging enough to keep you talking about her. Despite the mixed reactions to her musical style and outer outlooks, she has fitted perfectly into the role of Nigeria’s most colourful performer of the moment. With the massive success of some of her hit singles like “Kejo” and “After the Sun” which kept the clubs banging, AdaSounds here again unleashes another sure afro-pop sensation titled KPERERE which is a wonderful blend of traditional lingo and beats that would move mountains. The song is produced by fast rising producer Emmashyne.